Situated at the same latitude as the Mediterranean The Lake Erie North Shore Region benefits from it's proximity to Lake Erie which offers a unique maritime climate in a continental region.

The region is a winemaker's paradise blessed with exceptional soil conditions and a regional climate which offers longer sun hours and greater heat units than any other area in Canada. In fact, geographically speaking, it is located as far south as northern California and the Tuscany region of Italy, and further south than the renowned Bordeaux and Burgundy wine regions of France. 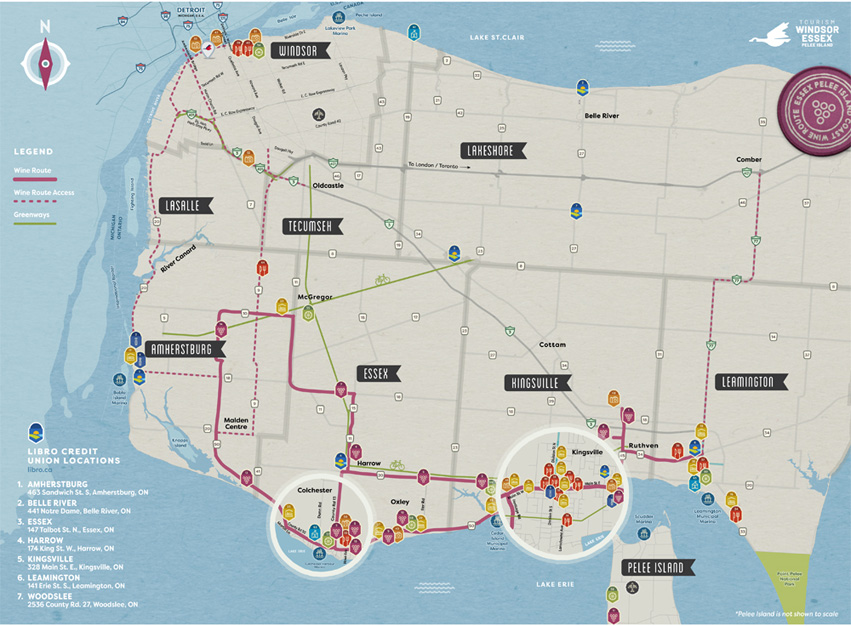 History of the Wine Region


Wine making in the Essex County has a proud past, dating back to the 1860s when three gentlemen farmers from Kentucky came north looking for winemaking opportunities. They found them on Pelee Island, just off the shores of Lake Erie. In 1866 the trio, D.J. Williams, Thomas Williams and Thaddeus Smith opened Canada’s first commercial estate winery Vin Villa Estates. Soon after, Pelee Island attracted another wine venture. Two brothers from England Edward and John Wardoper founded Pelee Island Wine and Vineyard Company.

By 1890 there were 41 wineries in Canada, 23 of those were in the corridor between Windsor and Pelee Island. Grapes had become one of the major crops on the mainland, as well as Pelee Island. By 1900, Essex was one of the most important grape production areas in Ontario. Acreage peaked in 1904 at 1794 acres, and then dropped. By 1914, there were only 275 commercial acres of grapes, and less than 50 a few years later.

Although the reasons for this rapid decline are both diverse and debated, the competition for land for tobacco production which proved more profitable along with prohibition fears in the U.S. appear to have been the main contributing factors.

With the decline of the tobacco industry in North America, the wine industry is once again flourishing in Essex County! Commercial wine making returned to Essex County in the early 80’s with the openings of Pelee Island Winery, Colio Estate Winery and D’Angelo Vineyards.

In 1989, Canada adopted a designation system known as the VQA system (Vintners Quality Alliance) which was initiated by the winemakers of Ontario in recognition of the importance of having standards against which Canadian wines could be measured against the wines of other countries. The system was modeled after the French system which is based on origin and identifies specific geographic areas that have been singled out as having characteristics favorable to the cultivation of grapes. Essex County was officially identified as having two of Ontario’s three Designated Viticultural Areas. The two areas were named Lake Erie North Shore (mainland) and Pelee Island (Island). The third area in Ontario is Niagara, there are also 4 DVA’s in British Columbia. Since then, a growing number of vintners have been reclaiming the soil and the region’s reputation by producing some of Canada’s best wines. Today there are approximately 1,000 acres of grapes in the Lake Erie North Shore and Pelee Island Designated Viticultural Areas. 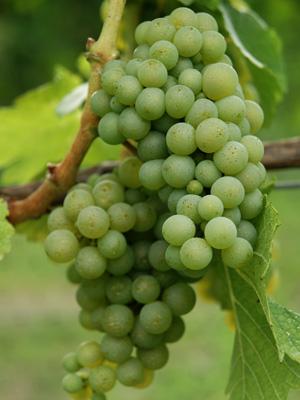 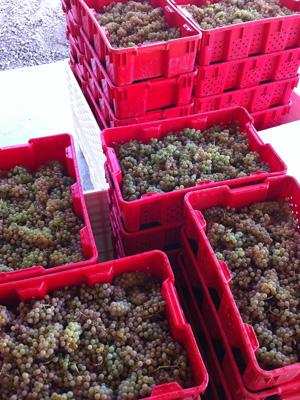